The exhibited series of black-and-white photographs by the well-known Magnum photographer Thomas Hoepker, shows life in the United States in the mid-1960s. The photographs were made on assignment for the German Kristall magazine, where they were published together with an article by Rolf Winter. At a time when most Europeans’ typical picture of the USA was Manhattan and its skyscrapers, Hoepker’s photographs revealed the true face of the country, including its problems. His unique snapshots, bizarre scenes, and portraits full of emotion provide a comprehensive image of America of that period.

Lady with US flag in the Fourth-of-July parade in San Francisco, 1963 © Thomas Hoepker Heartland series

A clown at a lunch counter in Reno, Nevada, 1963 © Thomas Hoepker Heartland series 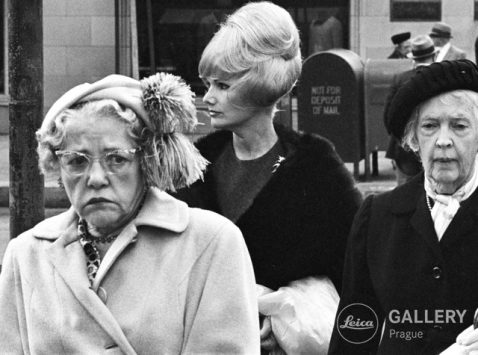 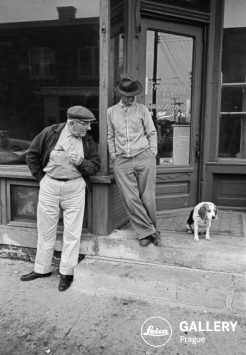 Lady with US flag in the Fourth-of-July parade in San Francisco, 1963 © Thomas Hoepker Heartland series

A clown at a lunch counter in Reno, Nevada, 1963 © Thomas Hoepker Heartland series

Two men and a dog in a rural town in Iowa, 1963 © Thomas Hoepker Heartland series

Photographs from the opening of the exhibition

Born in Munich, in 1936, Thomas Hoepker is among the most important German photojournalists of the second half of the twentieth century. During a career spanning more than fifty years, he has made many series of reportage, in black-and-white and in colour, and become world renowned as one of the best in his field.

Though he originally studied art history and archaeology, he began to take photographs professionally in 1960. In 1963, he received an offer from the editor-in-chief of Kristall, a monthly, to travel with the writer Rolf Winter to do a story on the United States of America.

In the 1960s, trans-Atlantic journeys tended to be something exceptional for the vast majority of people. At that time, Europeans perceived the USA almost exclusively as the cradle of jazz and rock ’n’ roll, as a superpower with the skyscrapers of Manhattan, as a land of opportunity and liberty. Hoepker’s photographs acquainted readers with the real America, including its poverty, racism, rightwing radicalism, and everyday violence.

In America, Hoepker and Winter covered almost 27,000 kilometres together. From almost 4,000 negatives, the editors of the magazine selected 60 themes that were subsequently published as long photo-stories in five issues. The reportage, totalling 65 pages in length, was unprecedented in the 1960s, and now ranks, not only because of its size, amongst the milestones of modern engaged photojournalism of the highest aesthetic quality.

The Heartland series thus achieved not only an unchallenged place in the history of photography in general, but was also a breakthrough particularly in the field of photojournalism. Although now fifty years old, the series clearly remains relevant to this day.

Tuesday April 15, 2014, 7pm
DISCUSSION WITH THOMAS HOEPKER, one of the most distinguished German photojournalists of the second half of the 20th century. The discussion will be leaded by docent Filip Láb from the Charles University in Prague.

Registration needed by the email: lgp@lgp.cz
The discussion will be held in ENGLISH! 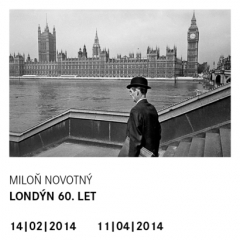 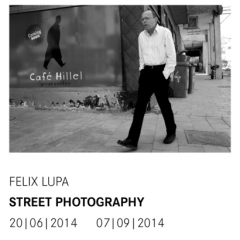