For what would have been the 100th birthday of the Czech photo-reporter Emil Fafek (1922-1997), the curator Dana Kyndrova collated a retrospective exhibition titled On guard, which the author considered to be his professional motto. Emil Fafek contributed to the magazine Mlada fronta for over forty years and became the pictorial chronicler of our country’s post-war development. His greatest passion was sports photography. In 1964 he won third place in the World Press Photo competition in the category Sport. 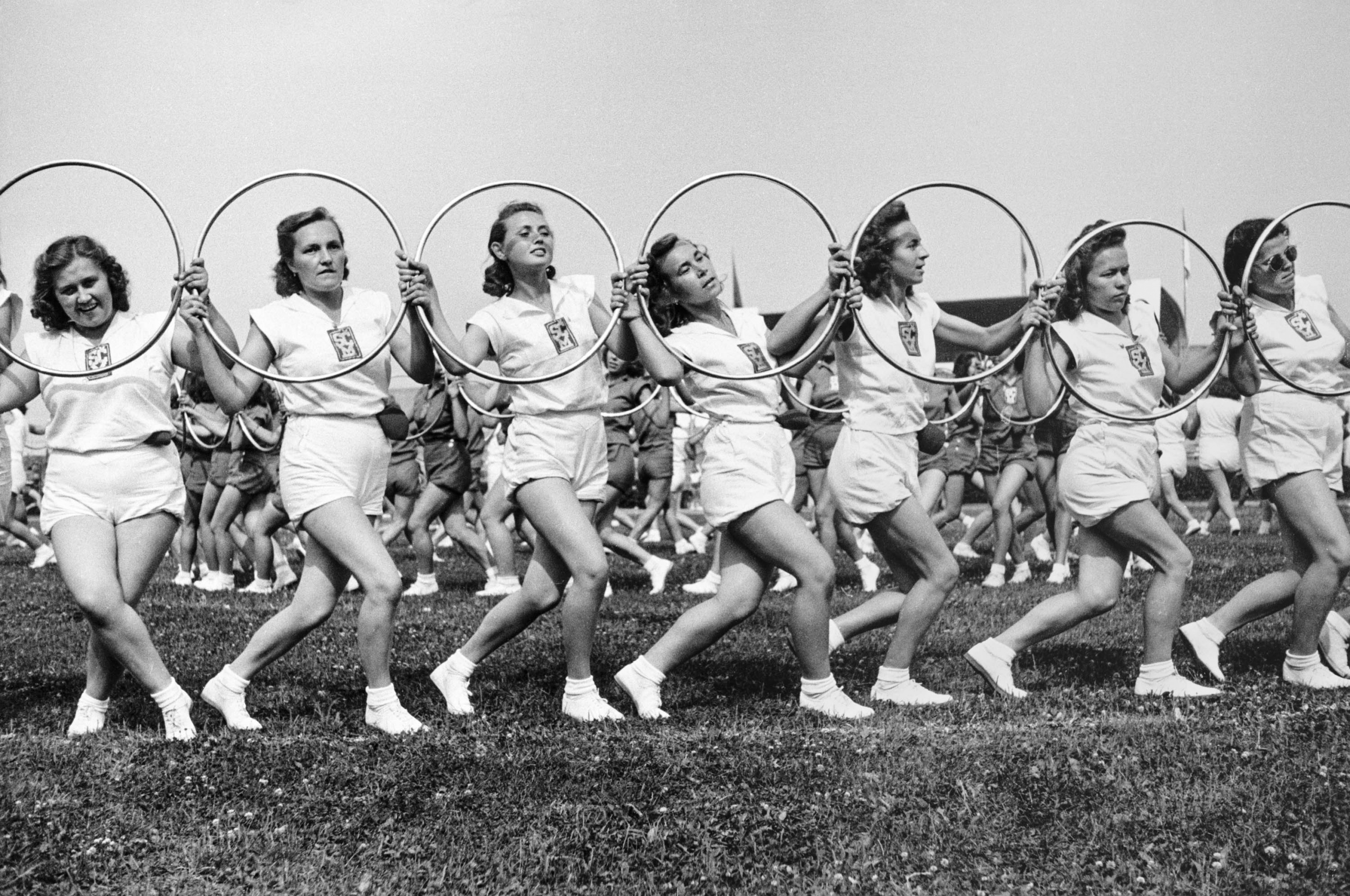 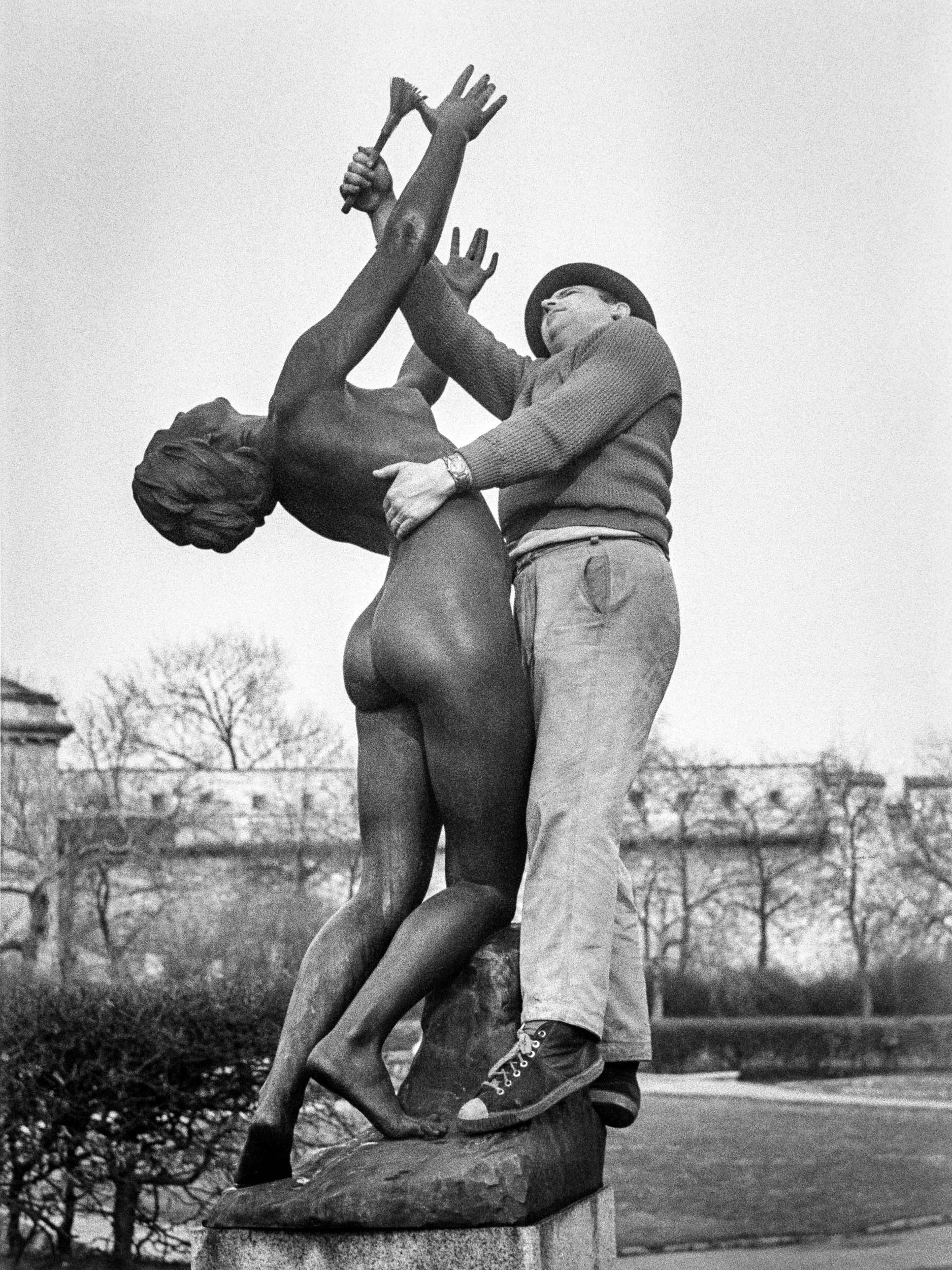 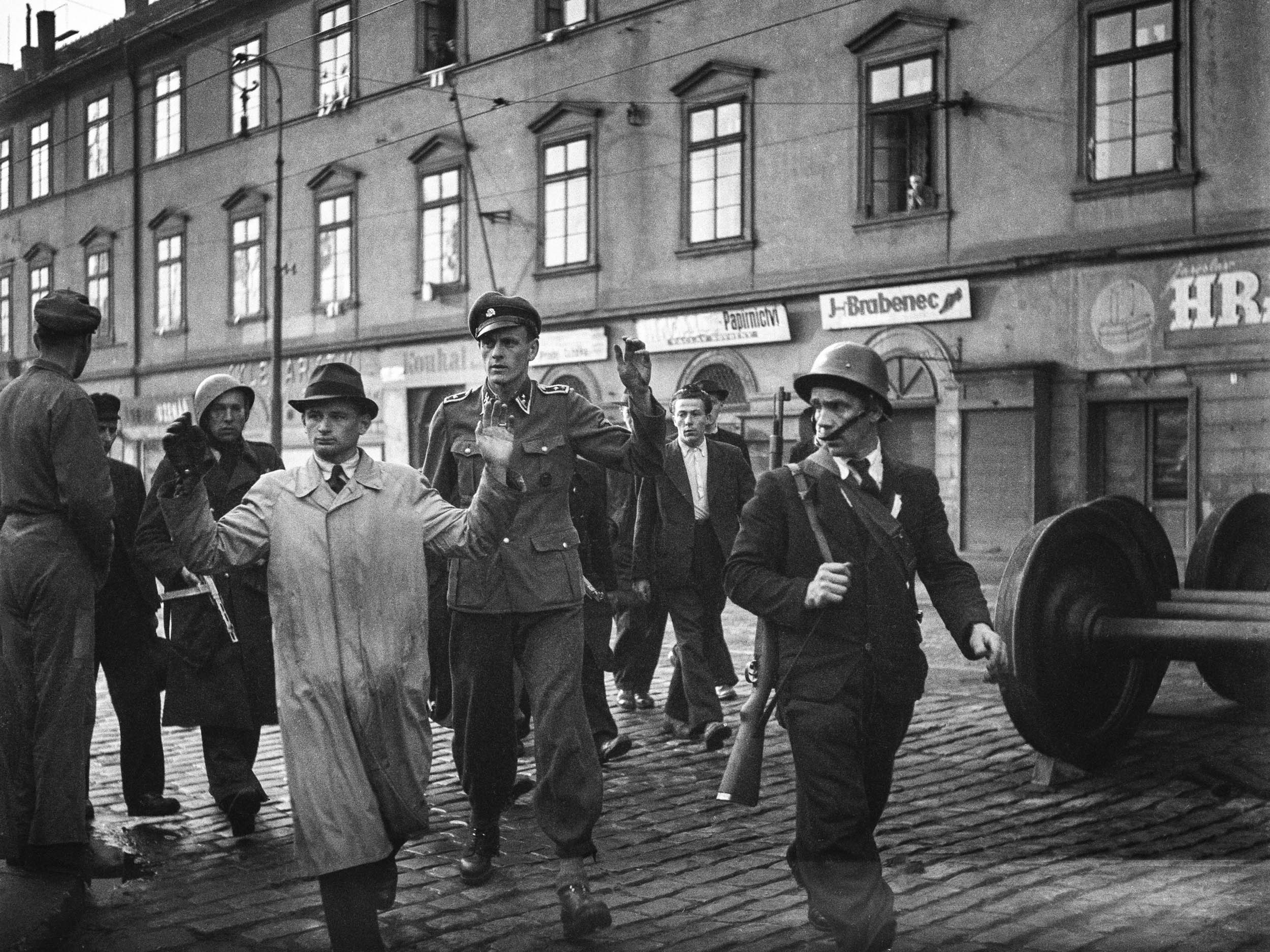 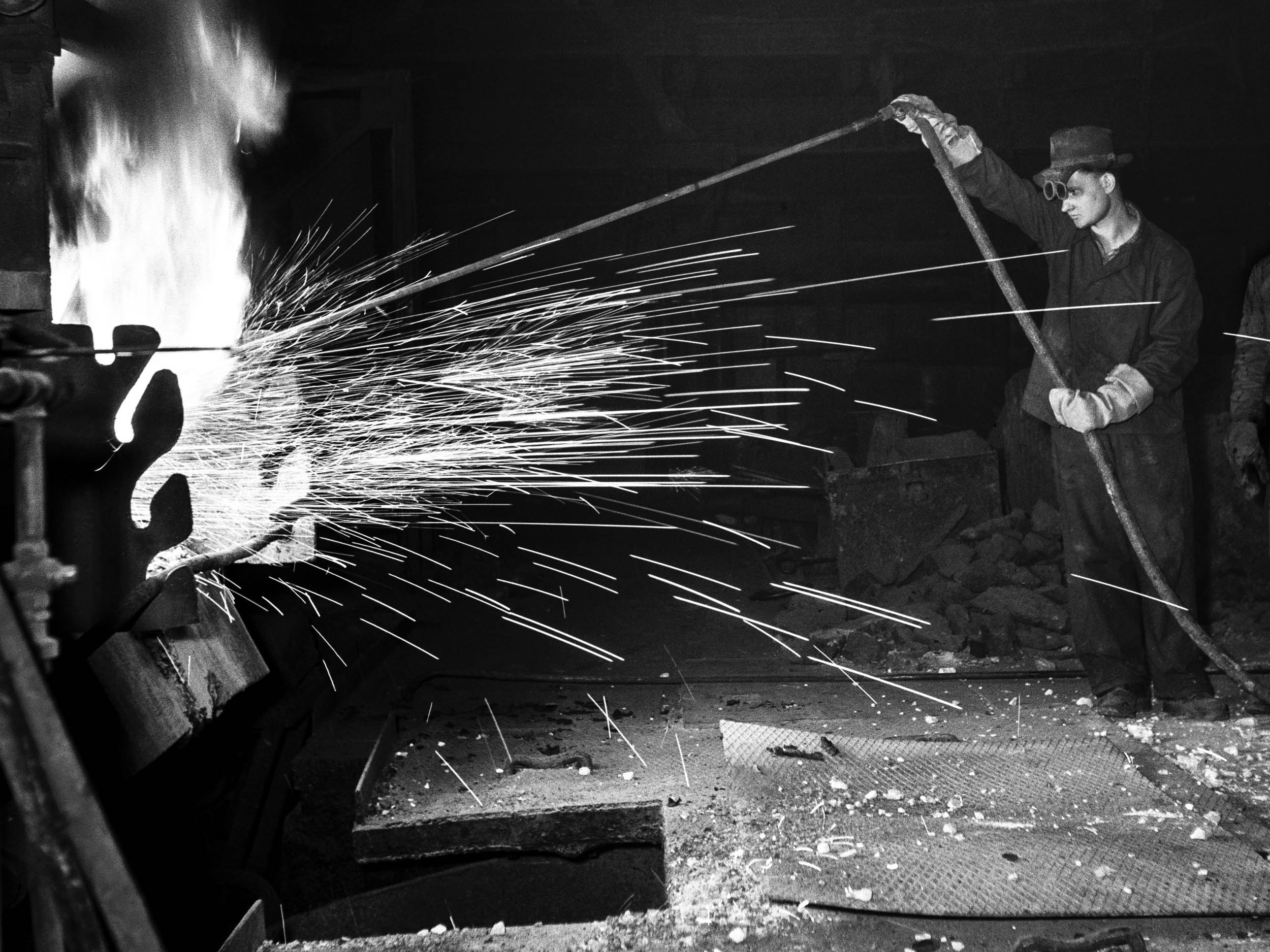 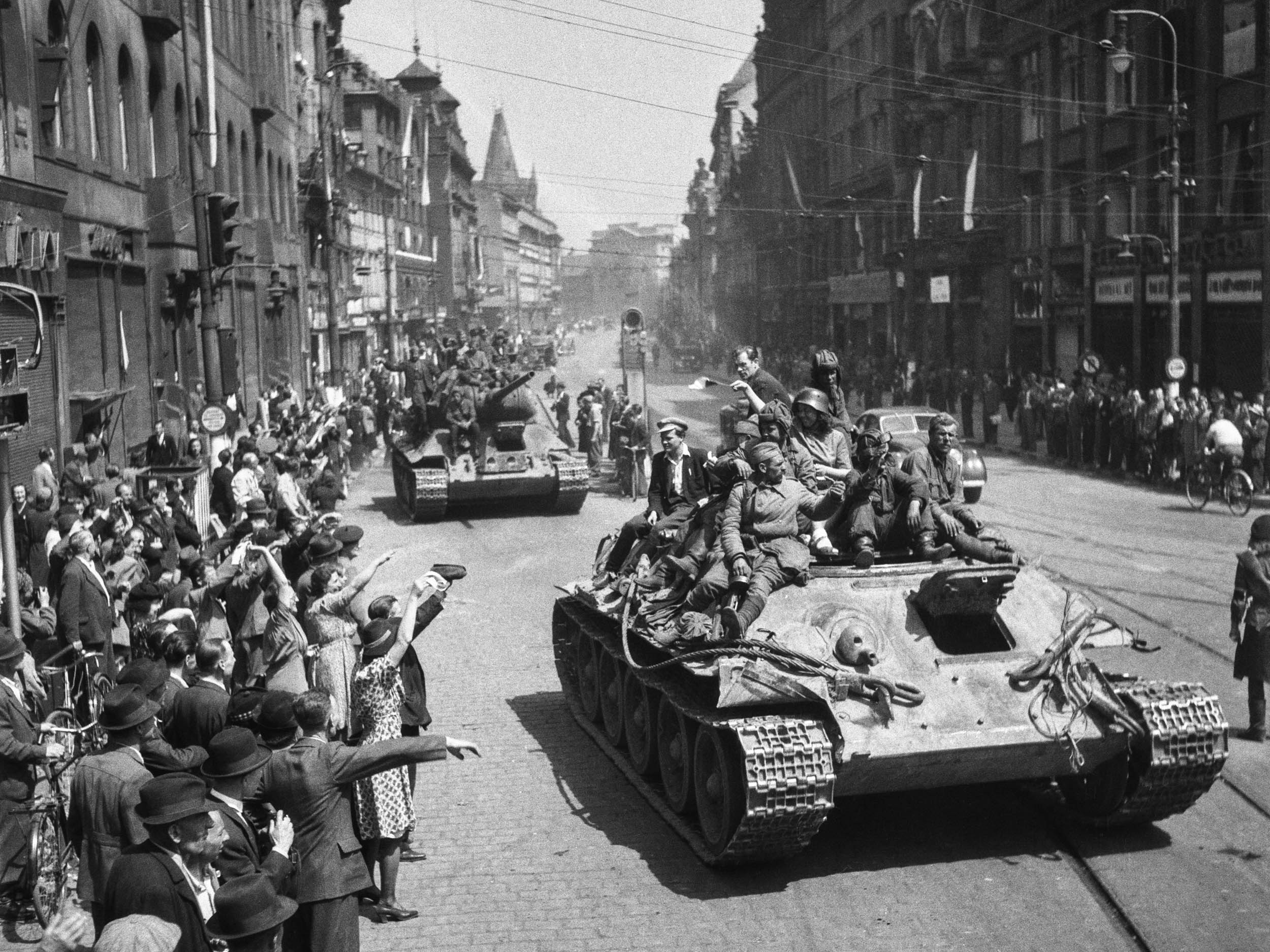 The photographer Emil Fafek (1922-1997) was born in Kuri u Rican and lost his father at the age of 14. He was a gifted student, but the pursuit of grammar school was not in the cards, since his mother wouldn’t have been able to support him on a cleaner’s salary. He apprenticed as an image retoucher in a printing plant V. Neubert & sons in Smíchov. In 1942 he was deployed to Germany where he fled from in the spring of 1944 to work illegally for the company FOTO-STYLE-CHILDREN based in Prague’s Jungmann square. Emil Fafek was a passionate self-taught photographer. He photographed with his SLR camera Embirflex since he was fifteen, his first published photograph being an image of a crashed lorry Tatra on Prague’s Pilsner Street close by Fafek’s residence. It was the Prague Uprising in May 1945 that represented a key challenge for Fafek, and that started his photojournalistic career. Unfortunately, many of the images were lost when he was stopped in Celetna street by uprising guards as the Old Town square burned, with the guards demanding Fafek expose and destroy his negatives. Despite this, two of his photographs appeared in the first issue of the newly formed magazine Mlada fronta that was first published on May 9th, 1945. Then 23-year-old Fafek accepted the offer to become an in-house photojournalist for Mlada fronta, a magazine he remained faithful to for over forty years.

Throughout his time with Mlada fronta Fafek – referred to as Fafca by his colleagues – became the pictural chronicler of our country’s post-war development. Apart from the Prague Uprising, Fafek also captured the communist coup d’état in February 1948, the socialist zeal of youth constructions, heavy industry construction, rural collectivisation, world youth and student festivals, the first of which had taken place Prague in 1947 and was followed by many Spartakiads (mass gymnastics events) at Strahov. He also documented the occupation of August 1968 and the funeral of Jan Palach, although these images were only released to the public after November 1989. As a photojournalist he naturally captured not only everyday news events, but also life’s absurdities and humorous moments.

Nevertheless, Fafek’s biggest passion was sports photography. Being a sportsperson himself, before starting his work at Mlada fronta he played ping pong, handball, tennis and criss-crossed the entire country on a bicycle. Among his most known sport images are photographs of the athlete Emil Zatopek that mapped not only Zatopek’s sports career, but also his personal life. Fafek was even denoted as the chronicler of Zatopek’s life and career in the book “Emil Zatopek and sport through the viewfinder of Emil Fafek and others” (2001).

In 1985, Mlada fronta published his monograph “Emil Fafek / 40 years as a photojournalist”, which he prepared together with his editorial colleague Ondrej Neff. The foreword describes Fafek’s difficult beginnings in life and photography and emphasises the vital importance of a photojournalist being “on guard”. Fafek doesn’t only refer to the readiness to capture an interesting story’s climax; every image must contain something beyond mere watchfulness which can be noticed only by a person attuned to life’s emotionally inconspicuous yet significant moments.

Emil Fafek’s photographic legacy shows that he remained “on guard” throughout his long professional life, with several of his images now firmly embedded in the history of Czechoslovak photojournalism. 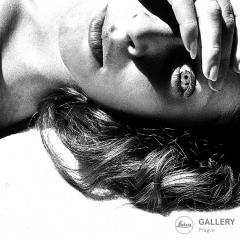 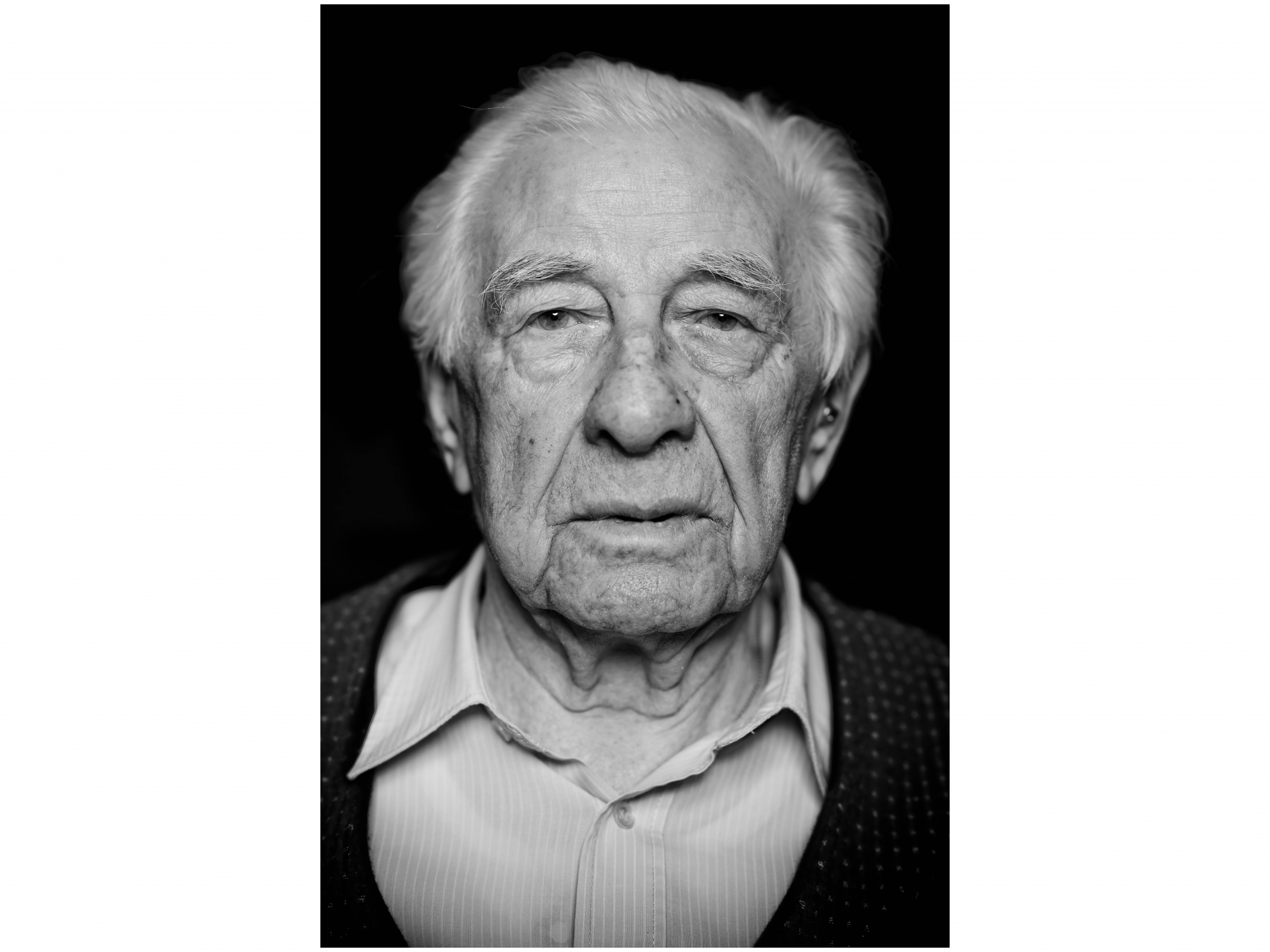