Between 1980 and 1990, Amy Arbus photographed the trendsetters of the East Village for her style feature in the Village Voice, On The Street. More than five hundred of her black and white photographs were published. Arbus captured New York’s most influential style-makers, performance artists, costume designers, musicians, make-up artists, graffiti artists, and urban hipsters. They feature Madonna, The Clash, Anna Sui, Joey Arias, Susanne Bartsch, and Phoebe Lègére At some point we realized,” said Arbus, “that the big designers were watching the kids in my column to get ideas for their high fashion labels.” 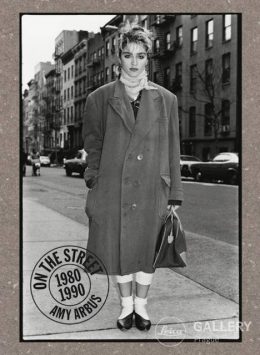 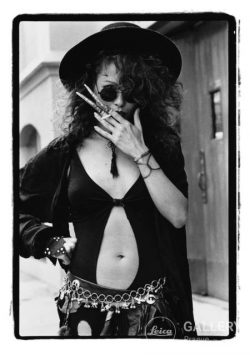 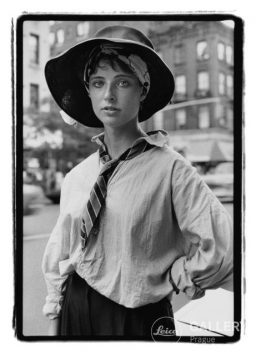 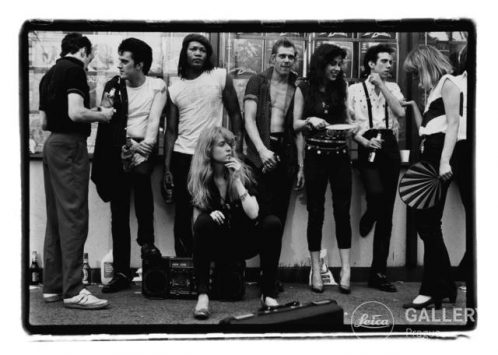 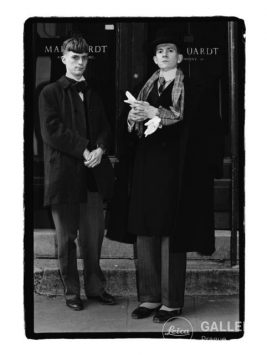 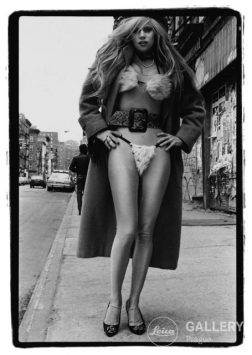 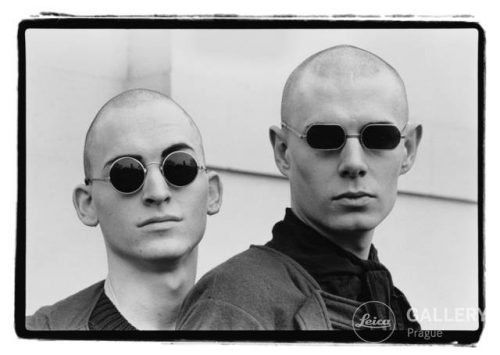 “For as long as I can remember I have adored clothes because of how profoundly they can change the way a person feels about themselves. I was terribly shy as a kid. When I found the camera it was an excuse to look at people as long as I wanted. I am still memerized by human behavior. It never ceases to amaze. Working with a camera for the Village Voice was my way of overcoming shyness.”

“My technique was borne out of necessity,” said Arbus.  “I would go out each month with my camera and look for themes: animal prints, checks, stripes, bow ties, hats, or mis-matched patterns. Because I was photographing in a city that was mostly top lit (because of the tall buildings) and working with people who were often wearing black, I adopted a flash fill technique so that my subjects would appear to pop from the background and when the photos were reproduced in the newspaper there would still be detail in the shadows. I also used a low angle so my subjects would look like superheroes.

In 2006 On The Street 1980–1990  was published by Welcome Books. It included 70 of Arbus’ most iconic images and tear sheets. For the introduction of the book A. M. Homes wrote, “Arbus focused on the fiercely creative and the fearlessly non-conformist. Her photographs are a seamless blend of fashion, portraiture and street theater. With a style ironically suggestive of formal portraiture, Arbus’ seemingly effortless, honest approach provides a wry and compassionate commentary on style as personality.” 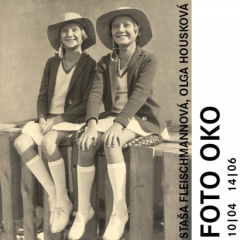 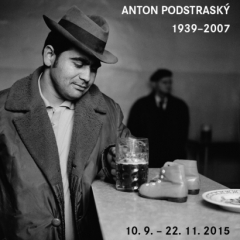