In his digital collages, Ruud van Empel (born in 1958) renders an “ideal fairy tale world” where trees, flowers, leaves, animals and people find themselves in artificial landscapes, magical scenery in which a tension grows between reality and fantasy. Using techniques of copying, insertion of objects and digital modifications, he uses the computer like a paintbrush to create his conceptions of paradise. One of the most recognizable characteristics of his compositions is the high quality of workmanship. The world that van Empel creates is a surrealistic world. His works, even though they appear relatively realistic, present a reality that never existed, but was sensitively and carefully realized by their visionary creator. The resulting pictures are so beautiful in every detail, in every color, that they couldn’t be real. This unnatural perfection makes them seem enigmatic and slightly unsettling. They evoke the feeling that something ominous is hidden beneath the surface. 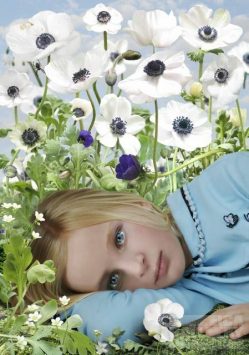 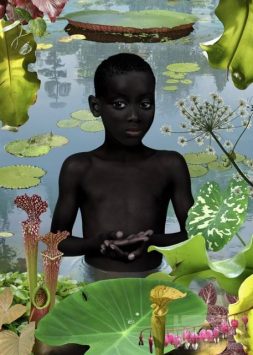 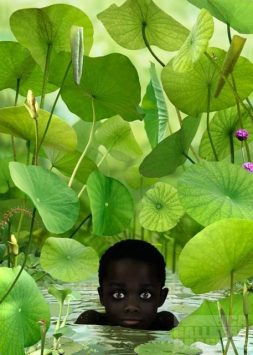 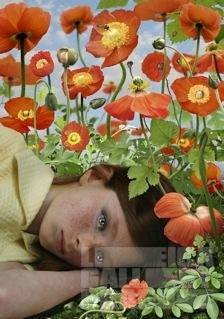 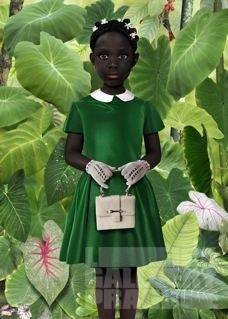 For his most recent series, titled “Study in Green,” from 2003–2004, van Empel for the first time chose nature as the main theme. Young schoolgirls in the forest seem the embodiment of innocence, while others radiate the unsettling beauty of Lolitas. Amidst the greenery Bambi appears, nearby is a wolf in a fairy tale forest, an owl in the hollow of a tree, or a scene in a virgin forest. But at first glance it is clear that in this greener than green scenery, various dangers are lurking somewhere in the thicket — a nameless, uncertain, yet omnipresent threat. A disquieting feeling gets under your skin and remains there for a long time after seeing the images.

It is a selection from this series that visitors will be able to see at Leica Gallery Prague until April 18, 2009.

Photographs by Ruud van Empel are in the collections of the Groninger Museum in Groningen, the Frisia Museum in Spanbroek, the Netherlands Ministry of Foreign Affairs in The Hague, Rabobank Nederland in Eindhoven and the Netherlands Colección Juan Redón in Barcelona, Spain. Ruud van Empel cooperated with the renowned Dutch television producer Arjan Ederveen and Tosca Niterink on the television series “Kreatief met kurk,” (Creative With a Cork) broadcast by TV company VPRO. He has been awarded the Charlotte Köhler Prize and the H.N. Werkman Prize. 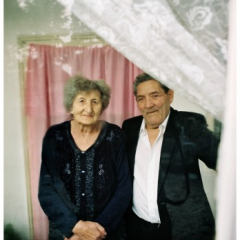 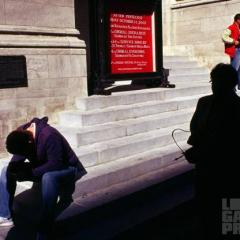