THE WAY FOR A DREAM

An exhibition of Leica Gallery Prague – in the new exhibition space in Náplavní Street no. 1, Prague 2,opposite the Dancing House.

Miroslav Hucek The Way For a Dream

was born in 1934 in Malacky. He began to photograph in his 19 years. In 1957 he began to study FAMU but after one year he left his studium and began to work with weekly journal „Mladý svět“.

In his freelance photography he is concerned with long-term documentary projects. He had a large number of one man shows and took part in many group exhibitions. He published several photographic books. His photographs are in many important public and private collections all over the world.

The dominating photography in the series The Way For A Dream has got the name: Mr. Makovička’ s wings, Prague, 1972.

Mr. Makovička used to have a little shop at the gate of Sternberg Palace where he sold postcards, souvenirs and curios. In fact it was merely cubicle big enough to hold just him and his wares/and his wings. Mr. Makovicka was eager to fly, even trought originally it had been but a ploy designed to draw attention to himself during the Great Depression after he had returned a half/invalid from World War I. and his physician told him that only working in the open air would help to make him better. And so Makovicka  bought sundry bamboo poles, wood, canvass and leather, and set to fashion himself a pair of wings. When the construction was finished, he had his wife help him strap on and then, flapping them at times…his wings lifted him off a bit. He told me he had felt a soaring sensation. He was so elated that he set out to make him fly high. Lather he had them patented and Eugen Rosicky , the famous sportsman and journalist published an article about him in a papers and everybody wanted to find out whether he really could fly and how far. Than a film crew contacted him and so they found a huge straw stack in Bohnice, then still a village outside Prague, and make him jump from the top in order to make a look as if he glided in the air. It required seven takes before they were happy with the footage by which time Mr. Makovicka was so tired that on the last attempt he split his spine.

“When I first met him in 1972 and asked him to strap on for me the construction which he kept in his little shop, he told me: ” You know, I m over seventy now and I don t have the strenght any more. It needs a younger man, which better health and more stamina”. As he put the wings on and climbed a little table, we were all afraid a breath of air would blow him away.

I have nothing but admiration for all visionaries and trailblazers. Just imagine” To be more than seventy and yet think nothing of putting on your wings, climbing on the top of the Prague Castle ramp breastwork and, unabashed and unashamed of your particular dream, demonstrating the way you once wanted to make true. I am very fond of the picture, and so are many of my friends. I think quite understand what makes it so appealing to magazine readers. It must be the way it responds to our romantic nation of becoming a pioneer, discovering things, making dreams reality,” Miroslav Hucek said. 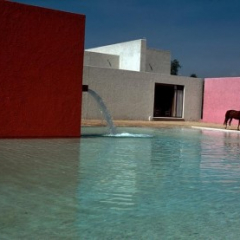 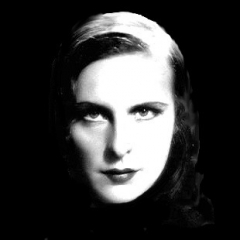