The Polish photographer Kuba Kamiński (*1985) repeatedly returns to Polish Podlesi and to Belarus where he immortalizes the life and work of local healers that call themselves “the whisperers”. Kamiński worked as a war photoreporter for a number of years and this collection of photographs is among one of his most personal projects. The series of black and white photos that combine reportage approach with visual symbolism won second place in The Best of Photojournalism competition and the Polish Grand Press Photo prize. 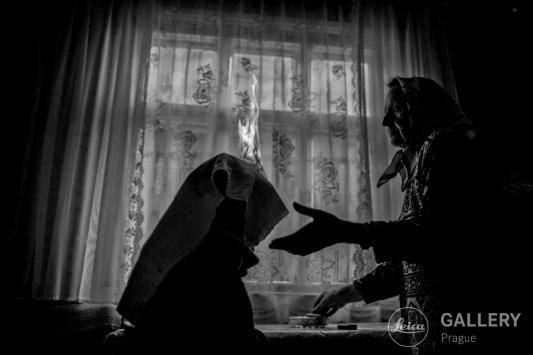 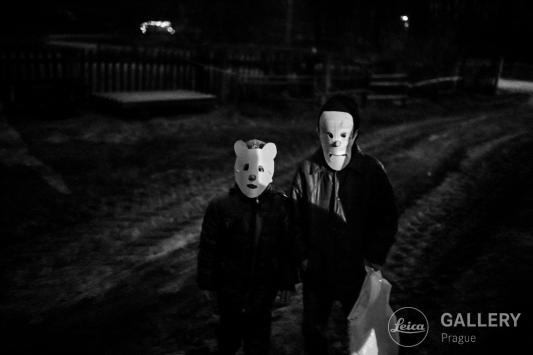 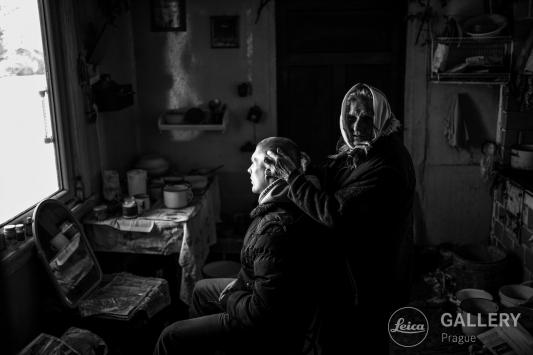 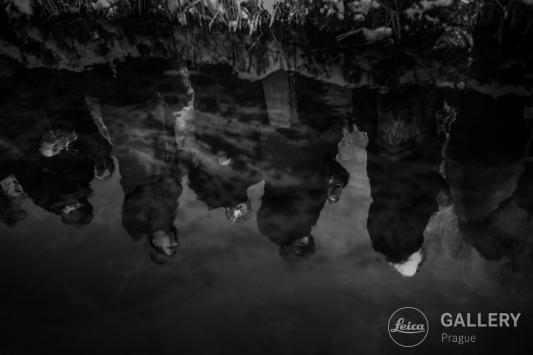 Shamanesses in the heart of central Europe

The whisperers believe they have a gift from God. They can banish pain, cure infections or remedy infertility. They are seen by people with nightmares, stutters or excessive shyness. By ones who need to avert curses or find peace for loved ones who passed away but whose souls haven’t found rest. Everybody has a different ailment. And each ailment needs a different incantation. The whisperers work through murmurs. Central Europe’s shamanesses follow in the footsteps of old traditions still alive partly due to the fact that Podlesí has always been on the periphery of interest. The historical region located on the Polish-Belarusian border is a place of deep forests where ethnicities, traditions, languages and faiths mix. As revealed by the icons in the corners, Eastern Rite prayer books and cemeteries filled by typical crosses, the whisperers avow themselves to the Eastern Orthodox Church. A church that distances itself from them, because it deems their rituals too pagan-like.

The whisperers cure anyone who asks for their help, regardless of religious affiliation. They only have one condition: the patient must have faith in the treatment. They require cooperation and willingness to use their imagination. The bizarre-looking rituals in which traditional natural materials such as linen, ash or wax are used have a single purpose; to symbolically materialize ailments or evil spirits who will then dissolve in water, dissipate into ash or burn through piece of linen ball placed on the patient’s head. It is first covered by a piece of cloth for the sake of safety. The majority of whisperers are old women, but exceptionally men can be found among them. They receive their regular patients in their homes, on pilgrimage or in other way special places. As a rule they don’t accept payment and refuse to curse or otherwise hurt anyone. They could, but it would be dangerous; curses often return to the one who wishes harm onto another.

The photographer Kuba Kamiński has been capturing Podlesí’s healers for a years. At first he was accompanied by an ethnologist fluent in the local dialect who became his guide. With time young Kamiński, most often carrying a Leica M9 camera, gained the locals’ trust and began returning alone. Kamiński worked as a war reporter for many years and this photograph collection is among his most personal ones. The two part series of black and white photographs that combines photojournalistic approach with symbolic images was awarded second prize in The Best of Photojournalism (2015) and Polish Grand Press Photo (2012) competitions.

the wild east
old people, like apples on an apple tree, are waiting for the wind
they bury the young under the tree
there the earth will lick them, will lick clean
their wounds like stubble-fields

people in forests were howling, howling long into the night

Kuba Kamiński (*1985) comes from Warsaw. As a graduate of photography from Lodz Film School, laureate of the Ryszard Kapuściński award, Grand Press Photo and the Grant Prix price in the National Geographic competition, he is one of the most promising photojournalist of the Polish young generation. He got his start as a newspaper journalist, he worked for the Polish press office PAP and for the prestigious magazine Rzeczpospolita. Today he works at East News agency, amongst others. He profiled himself as a war reporter, known for his reportage collection capturing the war in Libya, annexation of Crimea and the everyday life in Gaza. He is also interested in societal themes, recently he introduced a black and white photograph collection based on Japan’s Tokyo that explores the changing attitudes to work. He is currently still working on his collection The Whisperers that won second prizes in The Best of Photojournalism (2015) and Polish Grand Press Photo (2012) competitions.

Marie Ilyashenko (*1983) is a poetess, writer and editor. Her 2015 debut collection Osip Headed South was nominated for the Magnesia Litera prize, in 2019 she published a collection St. Outdoor. She was nominated for the Dresden Prize of Lyric and the Vaclav Burian prize for her poetry work. She also writes short prose and translates from Polish, Ukrainian and Russian.
She lives in Prague.

Katarzyna Szweda (*1990) is a poet and photographer originally from Low Beskids. She’s a graduate of the Johann Wolfgang Goethe University in Frankfurt am Main. She is a winner of the projects  “Połów 2017“ and “First collection of poems 2020” through which her debut poetry collection Bosorka was published. 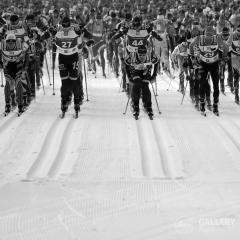 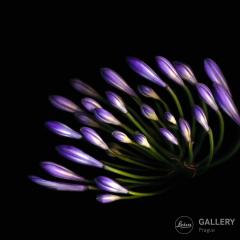