The Supreme Burgrave’s House of the Prague Castle

is one of the few Czech photographers, such as Zdeněk Tmej (who documented forced labour during World War Two) and Josef Koudelka (who captured the Soviet-led intervention in Czechoslovakia in August 1968), who has created a profound, comprehensive testimony about the military conflicts in our country. He took photographs during World War Two, during the liberation in May 1945, as well as during the Communist takeover of February 1948. He was forced to flee to the USA in 1965, and was subsequently banned from publishing in Czechoslovakia for the next twenty-five years. The portfolio of this Czech-American consists of twenty-five albums, not including translated versions, new editions, or his participation in group projects. Lukas’s pictorial testimony of the destruction of democracy and the rise of totalitarianism is assembled in the collection of 36 photographs entitled Prague Diary 1937–1965, which have been selected by Josef Mucha, the editor of the most recent Lukas monograph (published by Torst in 2003), from a total of 400 photographs. Even in exile Lukas remained faithful to his credo: “To watch what interests me and to keep it alive, in the hope that many others will also find it interesting.”

is among the best Czech documentary photographers, and one of the few artists to remain faithful to a single theme, in his case the city of Ostrava, his birthplace. Kolář has been focusing on Ostrava ever since the 1960s. Despite the fact that he spent five years in Canada (after his return to Czechoslovakia he was forced to work in a steel plant and then as a theatre technician), he never stopped taking photographs of Ostrava and expanding his collection. Kolář sees life for what it is, and does not prettify it in his photos. He reveals the lives of “ordinary people”. The quality of the pictures and their depth has brought Kolář international renown. Since 1985 he has been successfully working freelance. In 1991 he received an award from the Mother Jones Foundation in San Francisco, toured the USA, and gave several talks. Since 1994 he has been teaching at the Film, Photography and Television Faculty of the Academy of Performing Arts (FAMU), Prague. In 2000 he was given a senior lectureship there. His photographs are exhibited in prestigious galleries all over the world.

, a graduate of the Institute of Creative Photography, Opava, began to develop his personal style as early as in his preparatory work for the project People of the Hlučín Region and, later, in his own project Roma in the City of Brno. He is one of the few photographers who have managed to avoid the trend of romanticizing the Roma. Some photographs of this cycle became part of his later collection Ecce Homo, which brought Sobek his renown. In 2000 Sobek received First Prize in the international Mio Photo Award competition in Japan. The collection has now been expanded with pictures from his travels to Portugal, Spain, France, Japan, Jordan, and Israel. Sobek’s photographs are remarkable for their precise, simple composition, as well as their high quality of picture. Their subject matter is tied to the title of the cycle (Ecce Homo), raising questions regarding human identity. In 2001 Sobek achieved second place in the Talentinum competition held at the Czech Centre of Photography,
Prague. In 2000–01 he was Curator of the Foma Gallery, Brno, and in 2002 he began to lecture at the Institute of Creative Photography, Opava. Photographs from the Ecce Homo cycle have been exhibited at many solo and group shows in the Czech Republic and abroad. 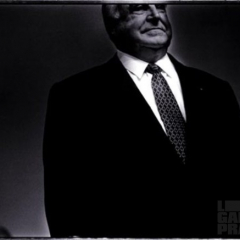 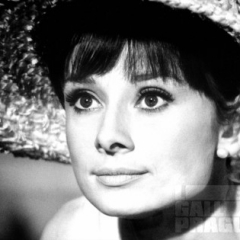