NOT ONLY ABOUT CITYLAB

The discussion with Jiří Turek takes place on Monday May 9 2011 at 7 pm.

Jiří Turek was born in Prague in 1965. Turek studied at the Institute of Graphic Photography and he started his professional career in 1990 as a photojournalist for MFDnes. As a reporter he accompanied president Havel all over the world and reported on the course of wars in Bosnia and Herzegovina, and in the republics of the former Soviet Union. In 1995 he became the editor of the MFDnes magazine and specialized in portrait and fashion photography.

Since 1998 he has been a freelance photographer. He has portrayed world mu- sic icons such as e.g. Rolling Stones, David Bowie, Luciano Pavarotti, Lou Reed, Sting and many others. He has photographed front pages, fashion editorials and created CD covers for music publishers. He is also well-known thanks to his photographs for great advertising campaigns.

Jiří Turek also devotes himself to pedagogical work. He taught at Silesian University and now he conducts photography workshops, which are set up by Leica Gallery Prague, or South Moravia Photoworkshop Association, of which he is a co-founder.

From 2002 to 2006 he lived and worked in New York, where he continued with his work for magazines and publicity. Here he applied himself to free creation, in which he returns to original reportage principles and black-and-white photography. He works with a number of “forgotten” techniques, above all with “lithprints” technology.

In 2006 he exhibited his work in the prestigious Leica Gallery New York. It concerned a collection of emotive reportages from New York, and “a fashion on the verge of nudity”. This exhibition was followed up by another one at the Leica Gallery Prague in 2008, and subsequently by another exposition in the Habitat Centre in New Delhi in India.

At present, Jiří Turek takes photographs of art reportages from various cities of the world, which he concisely named as cityLAB. Paris, London, Berlin, Vienna, Amsterdam – they are the places where he takes photos of people in the streets, where he tries to capture the atmosphere of the city, and desires that this photograph should address and recall these known places, respective emotions and enjoyments linked to them. 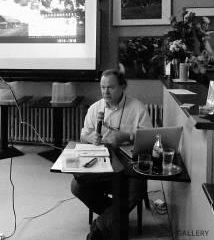 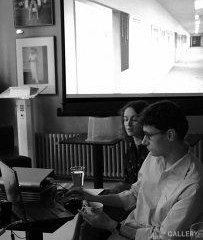