In June 1967 the second Arab-Israeli war and the Congress of the Czechoslovak Writers Union were underway. Václav Havel spoke there about the new fa_ades of Prague houses, fearing that they might provide the illusion that everything was running like clockwork, when in fact (as we suspected at the time) nothing was running at all. In the autumn of that year they robbed us of Che Guevara, killing him in Bolivia. The years went by and people would have given who knows what if that ‘nothing’s running’ of 1967 would come back. ‘Ordinary, everyday life’ exited the stage and Soviet tanks rolled in. The policy of ‘Normalization’, the restoration of the rigid pre-Prague Spring Communist order, was introduced. The Establishment in countries all over the world put their own houses in order. In the United States, France, and Germany they beat and shot student loudmouths, and in Czechoslovakia Gustáv Husák expelled from the Communist Party those who thought that they had been bringing about a process of a reform and renewal. Not only that. On the Moon, Neil Armstrong took a ‘giant step for mankind’, and in the garden of the Cultural Centre of the Klement Gottwald Foundry, in Ostrava, north Moravia, Václav Havel made his last public speech for a long time. It was June 1969. The year before that, Sirhan Sirhan assassinated Robert Kennedy and the following year the Communist daily newspaper Rudé právo was already tearing into the future president of the Czechoslovak Socialist Republic, the Czech and Slovak Federative Republic, and the Czech Republic.

Imagine the history of the last thirty-five years – the history of times which are circled round by the first and last photographs of this exhibition – written in the rhythm, chaos and chance of the first twelve sentences of this piece.
Perhaps there would more of what we used to call ‘truth’ in them than elegant style.
About the man who was sitting in prison (while the rest of us Czechs, lazy and cowardly, were upset that there were no bananas at the grocers) hundreds of articles have been written in which he has been vilified, adored, despised, appreciated and deprecated.
And there will be more!
Anybody who wishes to form an opinion about President Havel and put it on paper should first read his Collected Works, if he or she does not want to be talking codswallop. It’s difficult, because they are not an easy read, but there is at least one important lesson to be learned: everything, the good and the bad, that we think about V.H., Citizen Havel knows about himself, and he writes about it with a self-ironizing precision which somebody who hasn’t lived his life (and that means all of us) is incapable of.
Once he hit the nail on the head in a prognosis ‘about himself’, when writing about somebody else. I quote: “Suddenly I felt sorry for him. I imagined his life: all day long he had to look at the unfriendly faces of his bodyguards; he surely has a busy schedule, meetings all the time, negotiations and speeches, an obligation to talk to lots of people, to remember them all, and to be able to tell one from the other; he always has to say something witty yet true, something that the world, hungry for sensation, can’t get hold of and then use against him, a necessity to smile continuously. I quickly suppressed my pity. I told myself: ‘He got what he wanted. After all, he knew what he was in for.’”
That’s how the dissident Havel described his impression of meeting Mikhail Gorbachev on the street during the latter’s visit to Prague in 1987.
History is one great paradox.
Václav Havel is going into retirement and the Arab-Israeli conflict continues.
A human being can permit himself to stop for a moment. History cannot. 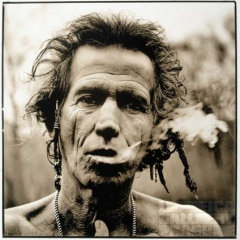 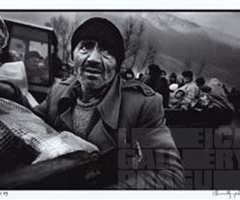